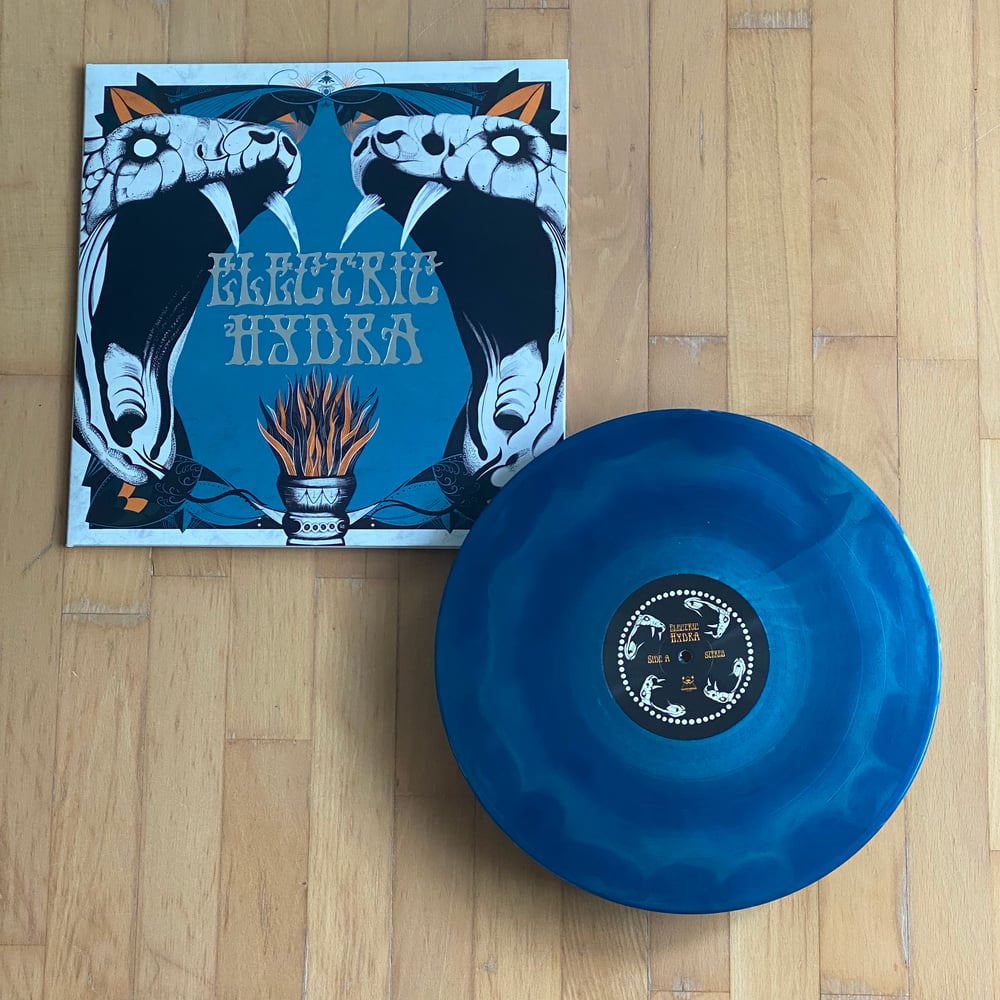 ⚠️ NOTE!! ⚠️
THIS PRODUCT SHIPS REGISTERED AND TRACKED TO THE COUNTRIES LISTED BELOW WITH OUR PARTNER PACKET-UP.COM! DO NOT ADD PRIORITY SHIPPING!

IT'S TIME FOR THE RE-ISSUE OF THE HIGHLY ACCLAIMED DEBUT ALBUM FROM ELECTRIC HYDRA! This time with an alternative cover in a turquoise color scheme and with silver foil printed band logo and tracklisting!

Sprung from the windswept West Coast and dark forests of Småland, Swedish heavy newcomers Electric Hydra has made a rumbling entrance to the hard rock scene. Known to be an outfit fusing live act the band has already made it to stages such as Sweden Rock Festival. With a debut album consisting of ten smash hits, make sure to turn the volume up to 11!

If you’re a fan of Monster Magnet, Turbonegro, early Queens of the Stone Age and DOWN

Sounds like: High-fueled heavy rock filled with a healthy amount of sweat, fuck-off’s an attitude.

Tracklisting
==========
Side A:
It Comes Alive
Won't go to war (with myself)
Blackened Eyes
Grab what's yours
Iron Lung

NOTE that all of the artwork here is just a mockup and that the actual product might differ from the photos shown here.