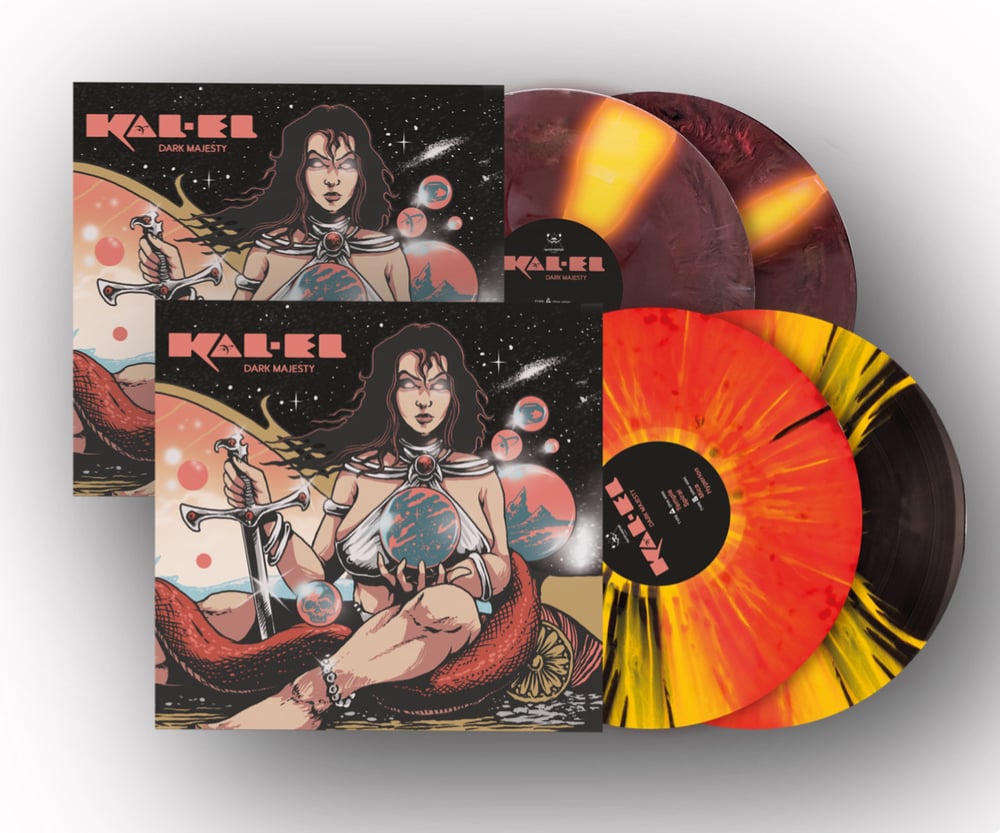 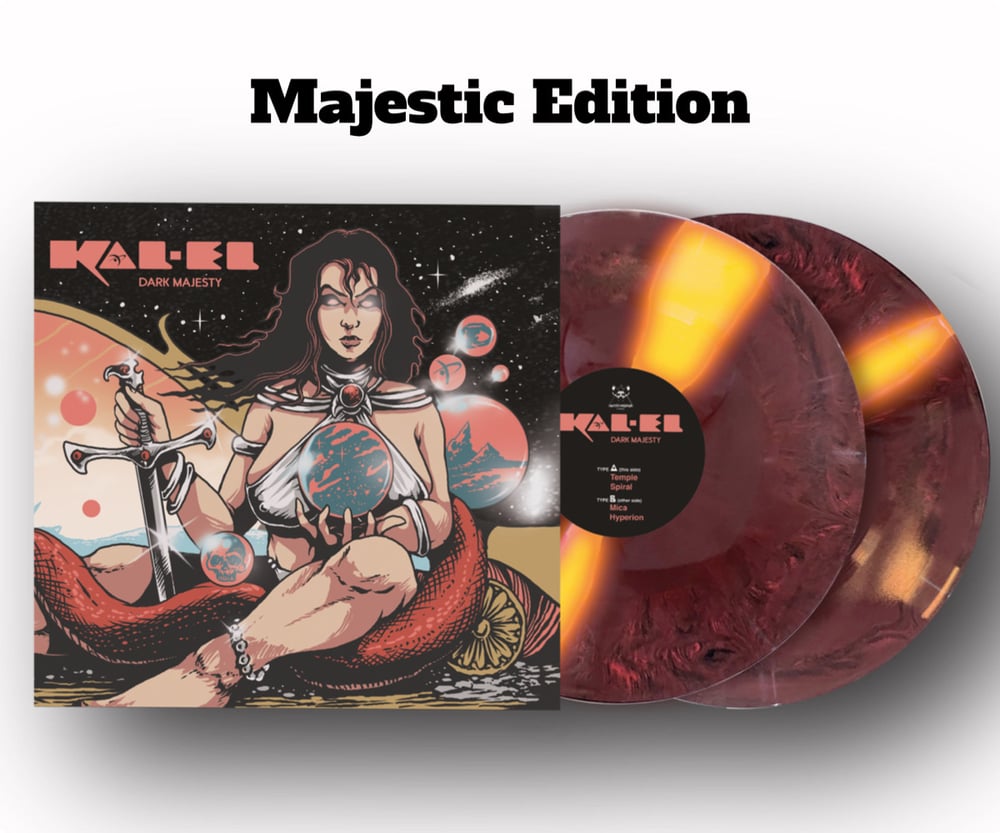 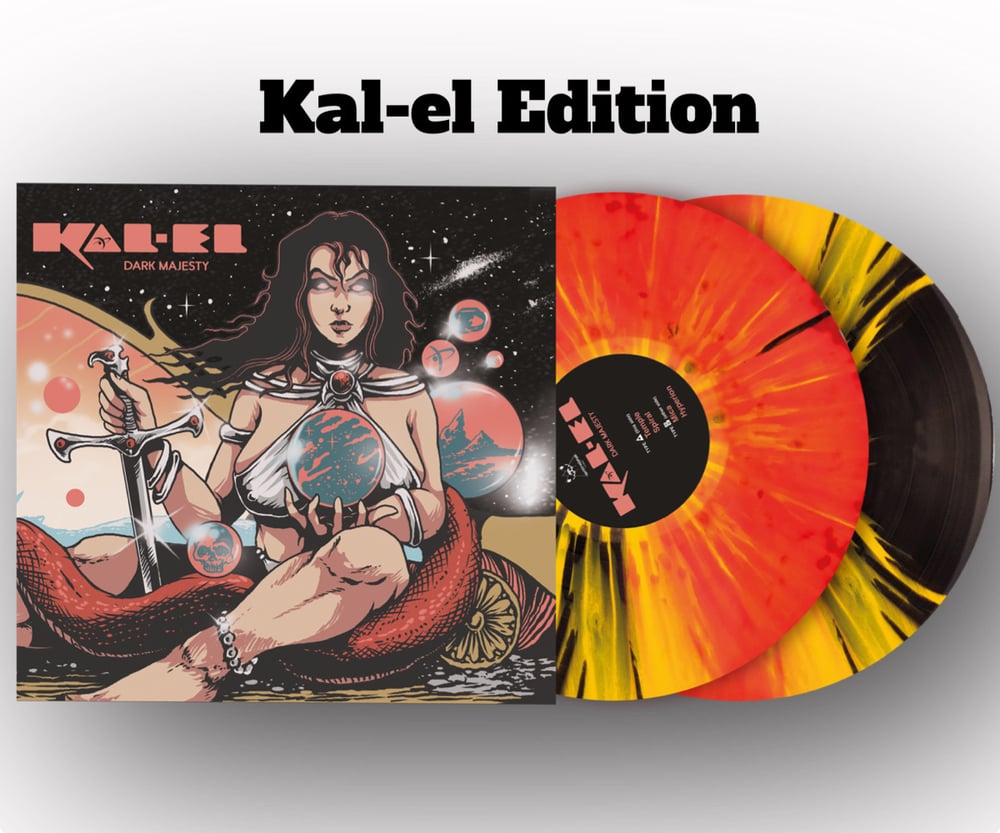 ⚠️ NOTE!! ⚠️
THIS PRODUCT SHIPS REGISTERED AND TRACKED TO THE COUNTRIES LISTED BELOW WITH OUR PARTNER PACKET-UP.COM!

‼️ We used a new plant and there have been delays with the metal works... BUT the plant is finally finalizing the press! Orders should ship out in mid-January. Sorry for having you wait. ‼️

Originally formed in 2012, Kal-El’s star has been firmly in stratospheric ascension since the release of three highly sought-after albums; Pakal(2012), Astrodoomeda (2017) and 2020’s critically acclaimed Witches of Mars.

Signed to Sweden’s rising underground rock institution, Majestic Mountain Records, the Norwegian fuzz-finders released their heaviest and most complex record to date in August of 2021, Dark Majesty which gained numerous placements on best of lists across the scene's most notable platforms and garnered the coveted Norwegian Spellemann Prize nomination in the category of 'Best Metal' release for 2021.

”As a brace of mass-shifting singles (‘Spiral’ and‘Comêta’) have showcased, the band’s glorious universe of sound is comprised of bass-heavy grooves, detuned guitars, and mind-warping lyrics that take the listener on a journey through a captivating stratosphere of fuzz and riffing fury. With Dark Majesty, we’re invited to witness the adventures of five rocketeers packing an entire career’s worth of ideas and sonic echoes into one, stellar mission. A mission to soundtrack the collision of passing worlds.