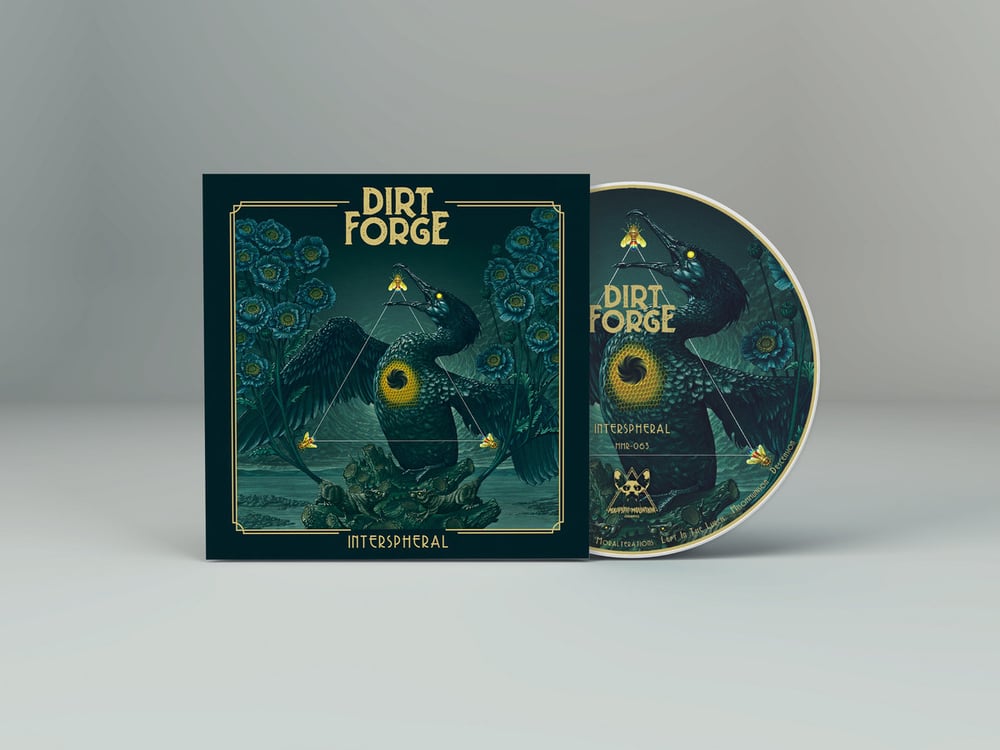 ⚠️ NOTE!! ⚠️
THIS PRODUCT SHIPS REGISTERED AND TRACKED TO THE COUNTRIES LISTED BELOW WITH OUR PARTNER PACKET-UP.COM!

‘Interspheral’ will be released digitally, and on CD and cassette on the 11th of November. Vinyl to follow soon and information on that will be forthcoming!

Majestic is thrilled to welcome Dirt Forge into the fold and we are extremely proud of the incredible release they have produced which will, of course, receive the full Majestic treatment.

Dirt Forge have hammered out a monster of an album with ‘Interspehral,’
and throughout each of the seven tracks, their sludgy crucible boils over with molten aggression flowing pyroclastically from a gorgeously chaotic and heaving mass of hardcore, post-metallic heart.
Relentlessly bludgeoning waves of torrential tone and chugging, rhythmic pressure ebb and flow effortlessly between righteously thrilling riffing and abyssally cavernous walls of mercilessly crushing atmosphere in both scale and mood but also in the textural sense, exceptionally positioned between bestially brutal bashing teetering on the edge of utter collapse and near-constant, deeply discordant vocal animosity.
This is THE heavy, folks.