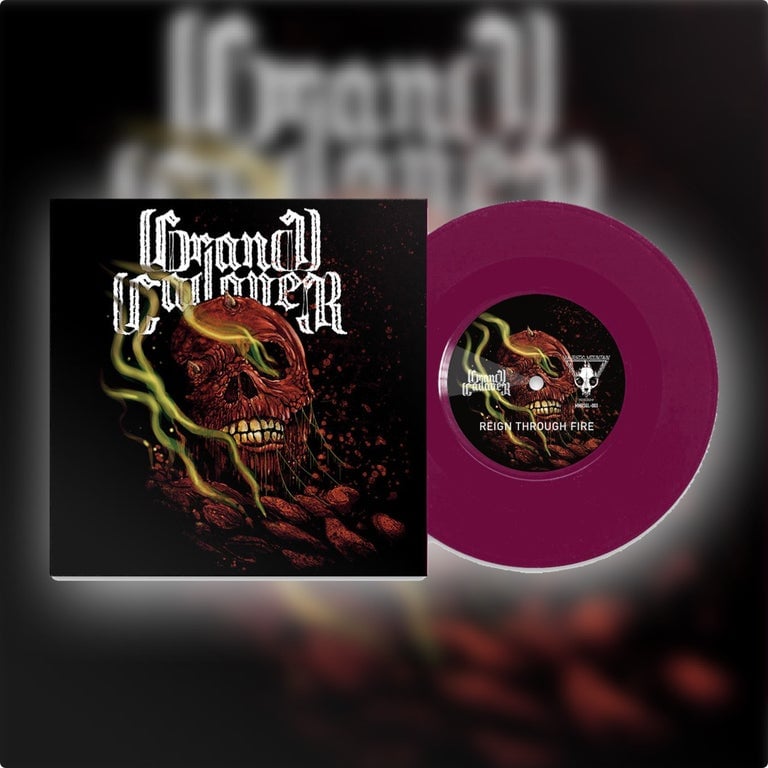 ⚠️ NOTE!! ⚠️
THIS PRODUCT SHIPS REGISTERED AND TRACKED TO THE COUNTRIES LISTED BELOW WITH OUR PARTNER PACKET-UP.COM! DO NOT ADD PRIORITY SHIPPING!

⚡️ UPDATE! This is a pre-order and the vinyl ships in end of OCTOBER. Delayed 1 month from the initial end of September release date⚡️

Grand Cadaver is back with the first single 'Reign through Fire' taken from the upcoming full length album that releases this Autumn! To start things off with a bang we decided to release the first single on 7" vinyl! Just a one-off pressing of 666 copies that will never be pressed again.

⚡️ The vinyl ships in end of September⚡️

To honor the late LG Petrov, the B-side of the single will be a cover of 'Supposed To Rot'. Original recorded by Nihilist and also included on Entombed's classic debut album 'Left Hand Path'.

❗️ATTENTION ❗️
The 'Supposed to Rot' cover will NEVER be released on a DIGITAL FORMAT. It will only be available on this 7" single!

There will also be a limited number of 100 signed copies where all the profit will be gifted to Cancerfonden (https://www.cancerfonden.se)!

Tracklisting
A1: Reign Through Fire
B1: Supposed To Rot (Nihilist cover)

These songs were recorded at Welfare Sounds by Per Stålberg and Kalle Lilja in May 2021.

Note: These are mockups and the result may vary.