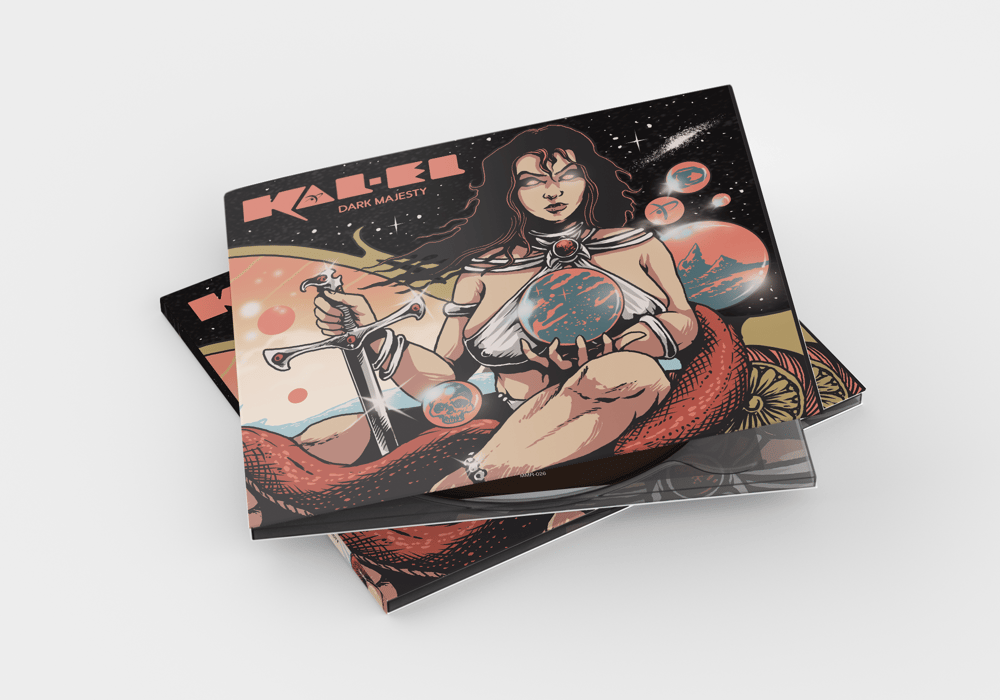 Originally formed in 2012, Kal-El’s star has been firmly in the ascension since the release of three highly sought-after albums; Pakal(2012), Astrodoomeda(2017) and 2020’s critically acclaimed, Witches of Mars.

Signed to Sweden’s rising underground rock institution, Majestic Mountain Records, the Norwegian fuzz-finders are finally poised to release their heaviest and most complex record to date this August with the scheduled arrival of new album, Dark Majesty.

”As a brace of mass-shifting singles(‘Spiral’ and‘Comêta’) have already showcased, the band’s glorious universe of sound is comprised of bass-heavy grooves, detuned guitars, and mind-warping lyrics. And with Dark Majesty we’re invited to witness the adventures of five rocketeers packing an entire career’s worth of ideas and sonic echoes into one, stellar mission. A mission to soundtrack the collision of passing worlds.

Dark Majesty, the brand-new LP by Kal-El will be released on 27th August 2021 on Majestic Mountain Records!